First set of images from Folds at SPACE

Here are a selection of images from my current exhibition at SPACE, 13 January - 25 March.
Photos: Tim Bowditch 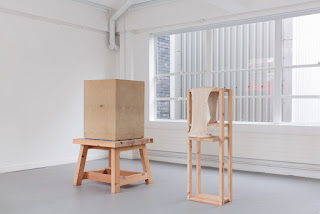 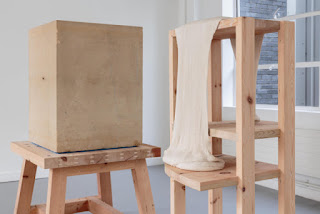 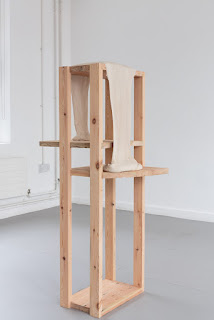 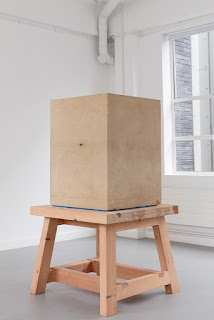 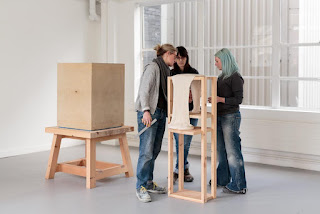 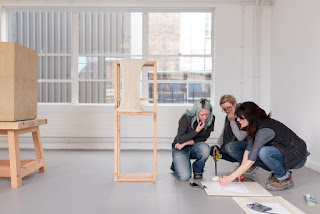 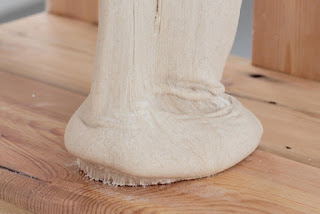 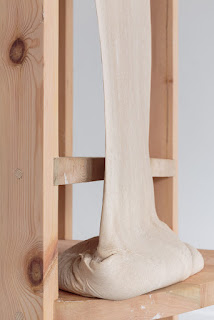 Really excited to have been featured by the Contemporary Art Society as their 'Artist to Watch'. 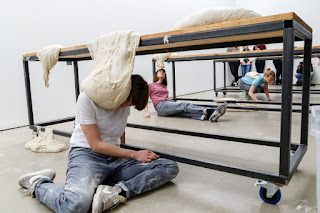 3 January 2017 By Ali MacGilp
In 2016 Laura Wilson (b. 1983 Belfast) undertook two important residencies: at Delfina Foundation, London as part of Markets and Movements, and the third season of the impressive Politics of Food series and at Site Gallery, Sheffield. This has concentrated attention on her latest long-term research-based project, which focuses on bread, a prosaic, but metaphorically rich, foodstuff.
In her practice, Wilson frequently collaborates with specialists to create performative sculptural works that illuminate the relationship between materiality, memory and tacit or experiential knowledge. At Delfina Foundation she developed the project Trained on Veda, in which she sought to become the keeper of the century-old recipe of Northern Ireland’s malty Veda Bread. At Site Gallery she developed the intriguing performance Fold and Stretch (2016). Collaborating with a baker and a choreographer, she created a work that investigated the physicality of live dough and its relationship to the body through movement and dance.
Wilson’s upcoming solo show Folds at SPACE in Hackney’s Mare Street is the culmination of her recent residency-based research. Wilson stages a life-modeling studio but with the naked body absent, replaced by a surrogate, the abject dough-blob. Lacking in skeletal support, its dead weight cannot resist gravity. The dough’s pleats evoke both classical drapery and folds of old or excessive skin. It speaks of our culture’s anxieties around the aging or obese body, the loss of control over our flesh. Bodies must be sculpted at the gym and gluten shunned.
This dough faces a torso-sized lump of Bath Stone seated on a custom-made bench. On Saturdays, in front of gallery visitors, two local stonemasons will work away at this block. As the dough hardens and decays, its shape is gradually immortalised in stone. Simultaneously, the artist learns their techniques, skills that are no longer necessary to her profession and are being rendered obsolete by 3D printing technology.
This public performance of the transference of traditional stone carving skills highlights the time and collaboration needed to acquire them. Such skills can’t be gained instantly via a YouTube tutorial or a phone app. The situation Wilson creates invites reflection on the passage of time, the role of art and the transmission of culture.
Wilson has used raw building materials in previous research-based works, which encompass performance, sculpture, architectural intervention, video and lectures. Faced with London’s new glass-and-steel facade, Wilson investigated the traditional brick in a series of works including Brick Exchange (2007-2010) and Brick Project (2010-2016), for which she received a Winston Churchill Memorial Travel Fellowship. Meanwhile, for Black Top (2014), a commission for the Whitstable Biennial, she invited a shovel driver to add to a pile of asphalt every day for a month and filmed the graceful actions involved in asphalt production at a local aggregates factory.
Wilson moved to London from her native Northern Ireland to study at Central St. Martins, where she has lived and worked ever since. Recent exhibitions include Politics of Food 3, Delfina Foundation (2016); Fold and Stretch, Site Gallery, Sheffield, UK (2016); Brick Project at RIBA, London, UK (2016); Black Top, Whitstable Biennale 2014, Whitstable, UK (2014); and Pattern for a Dark Lantern, for Café Curio at Camden Arts Centre, London, UK (2013). She is currently a Syllabus II artist. 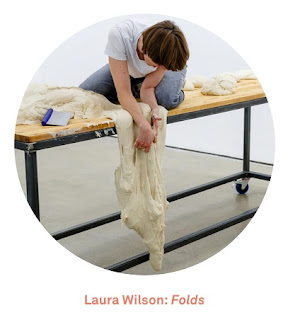 SPACE Mare Street
Exhibition opening: Thurs 12 Jan, 6 – 8pm
Exhibition duration: 13 Jan – 25 Mar 2017
Laura Wilson’s new work, Folds, transforms the gallery at SPACE into an open workshop for the duration of the exhibition. Folds opens with a torso-sized piece of Bath Stone on a custom-built workbench and a mass of fresh bread dough draped over wooden armatures. Throughout the duration of the exhibition Wilson is working alongside two London-based stonemasons, Nancy Peskett and Lily Marsh, to translate the textures and folds of the dough into the stone. Every Saturday visitors to the gallery are able to observe the traditional process of hand-carving stone and the artist’s acquisition of this skill. As the weeks go by the soft dough hardens and decomposes and its form emerges from the rigid block of stone. The work makes visible the passage of time and the processes of craft and collaboration that transform the material world.
Dough and stone constitute elemental forms of sustenance and abode within most societies. Knowledge of how to mould and craft these materials has been passed on through generations but in the contemporary world the number of people who possess these skills is dwindling. During Folds the transference of stonemasonry techniques to the artist is made public, emphasising the collaboration and time necessary to gain this kind of knowledge. The folds of dough hanging from their supports and the live carving of the stone reference the drapery in classical sculpture and the ghosts of ancient life models and stonemasons. Wilson uses the duration of  Folds to highlight the progression of time and the subsequent evolution of the work: the fresh dough decays; skills are learnt; the stone is sculpted; and visitors come and go. At the close of the exhibition all that remains are the folds of dough petrified in the immutable block of stone and the continuation of the stonemasons’ craft.

—
Laura Wilson (b. Belfast, UK) is an artist based in London. She is interested in how history is carried and evolved through everyday materials and craftsmanship. She works with specialists to develop sculptural and performative works that amplify the relationship between materiality, memory and tacit knowledge.
Wilson’s interdisciplinary and research-based works have been exhibited widely including at RIBA, London; Site Gallery, Sheffield; and SPACE, London (2016); Whitstable Biennial (2014); Camden Arts Centre, London and Turner Contemporary, Margate (2013); and W139, Amsterdam and De Warande, Turnhout, Belgium (2012). She is a current Syllabus II artist and was UK Associate Artist in residence at Delfina Foundation, London in 2016; and the recipient of the Winston Churchill Memorial Travel Fellowship in 2011.

I am currently carrying out research on bricks with support from the Winston Churchill Memorial Trust, follow my research and travels on my Brick Project blog.